This map covers the downtown and greater metropolitan area of the city of Melbourne. With a population of just over 4 million people, Melbourne is Australia's second-largest metropolitan area. Having been founded on the riches of a gold rush, the city is blessed with some of the world's most impressive 19th century buildings and streetscapes. Melbournians love their sport and take pride in having hosted the 1956 Olympic Games. Perhaps the city's most sacred site is the Melbourne Cricket Ground - known to the locals simply as 'The G'. It was the main stadium of the 1956 Olympics, the site of the very first 'Ashes' test match in 1877, is the venue of the nation's largest annual sporting event - the AFL Grand Final, and is home to the oldest senior grade club of any football code in the world - the Melbourne Football Club.

But Melbourne is by no means just a sporting city - it has thriving arts and university communities and is proudly multicultural with a strong migrant culture that has made the city one of the great food centres of the world. And if you love coffee - when visiting Melbourne you are in paradise. 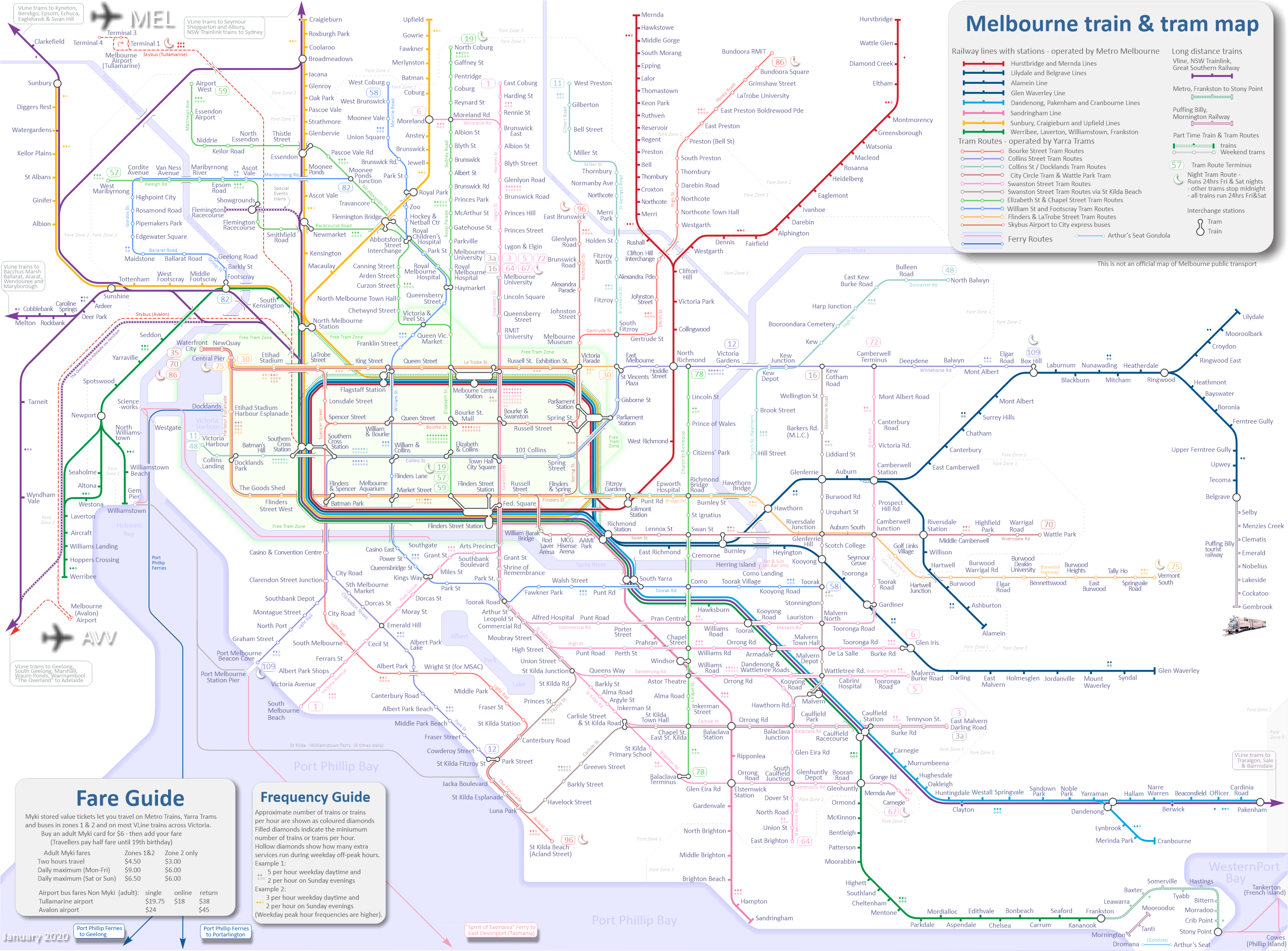 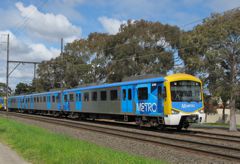 Often in the shadow of the more famous trams, Melbourne's suburban train network is also of impressive size and efficiency. Operated by Metro Melbourne, there are seventeen routes radiating to all corners of the suburbs. Trains are frequent and generally comfortable. If the truth be known, the train network contributes more to the economic advantage of Melbourne than does the tram network, but there is no doubt that the trams are a key feature of Melbourne's cultural heritage.


Metro train routes are shown on our map as thick coloured lines. Most trains operate between the City and a suburban destination via the "City Loop". The City loop is a four-track, five station loop that encircles downtown. As a general rule, trains operate from Flinders Street station to and from their suburban destination via the City loop stations of Southern Cross, Flagstaff, Melbourne Central and Parliament.

Frankston line trains (Green line) depart from Platform 6,7,8,9&10 at Flinders Street and normally run direct to Richmond, but at some times of the week also run via Platform 11,12,13,14 at Southern Cross, and Platform 2 at Flagstaff, Melbourne Central and Parliament.

Western and North-Western suburbs trains (Yellow lines to Sunbury, Craigieburn and Upfield) depart from Platform 6,7,8,9&10 at Flinders Street, Platform 11,12,13,14 at Southern Cross, and Platform 3 at Flagstaff, Melbourne Central and Parliament.

South-Western suburbs trains (Green lines to Williamstown, Laverton and Werribee, ) depart from Platform 6,7,8,9&10 at Flinders Street and Platform 11,12,13,14 at Southern Cross and run direct to North Melbourne. For most of the day, travellers for the Laverton via Altona line and the Williamstown branch must catch a Werribee train and change at Newport, but some peak trains from those destinations do travel to and from the City. At some times of the week Werribee trains do also travel via Platform 3 at Flagstaff, Melbourne Central and Parliament.

Trains to and from Sandringham (Salmon coloured line) depart from Platform 12&13 at Flinders Street, and do not generally travel via other City Loop stations, although some weekend trains to Sandringham do travel via Platform 11,12,13,14 at Southern Cross, and Platform 2 at Flagstaff, Melbourne Central and Parliament.

Special Event trains to and from the Showgrounds and Flemington Racecourse depart from Platform 6,7,8,9&10 at Flinders Street, and Platform 13&14 at Southern Cross and do not travel via other City Loop stations. On some days, these special trains don't run from Flinders Street but run only from Southern Cross station platform 8. 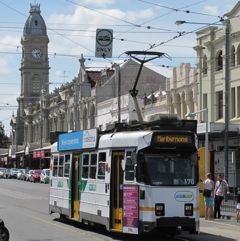 Melbourne is home to one of the worlds great urban tram networks and sits alongside San Francisco as the world tram capital. Thanks to the vision and perseverance of the late Sir Robert Risson, chairman of the Melbourne and Metropolitan Tramways Board throughout the 1950s and 1960s, Melbourne retained and expanded its electric tramways in spite of accepted wisdom, public opinion and political wishes of his masters in an era when most cities destroyed their tram networks with gusto. The result is a revered and immeasurably valuable asset for Melbourne to this day.


Melbourne's tram network is continually expanding. Operated by Yarra Trams, the network has more track and route distance now than at any time in its history. In recent years, extensions have opened to new parts of the city and suburbs. When Route 75 was extended from East Burwood to Vermont South, the easternmost point of tramway operation in the city, it meant that arguably Australia's most famous TV location, Ramsay Street of Neighbours fame, is now served by tram - (alight at stop 74 on route 75).

Melbourne is served by two major airports, both of which are connected to downtown by express bus services. Both Tullamarine airport (code MEL), the major international and domestic airport, and Avalon Airport (code AVV) are served by a fast and frequent express bus services operated by Skybus. Skybus connect both airports to Southern Cross Station in Downtown Melbourne, and also run regular services from Melbourne airport to the St Kilda, Docklands/Southbank, and Eastern, Southern and Western suburbs. There is also a Skybus service from Avalon airport to Geelong. 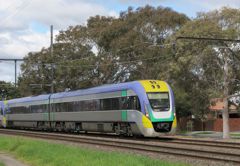 An extensive network of country train services from Melbourne to provincial cities throughout Victoria is operated by Vline. Fast, modern Vline trains depart Melbourne Southern Cross station at regular hourly intervals to Ballarat, Geelong, Bendigo, Seymour and Traralgon. Two or three trains each day depart for the more distant destinations of Warrnambool, Ararat, Maryborough, Echuca, Swan Hill, Shepparton, Albury and Bairnsdale. Reservations are not essential, but they are available on longer distance trains and are advised at peak travel periods such as holidays. You can use your Myki card to travel on VLine trains to Geelong/Warn Ponds, Ballarat/Wendouree, Bendigo/Eaglehawk/Epsom, Seymour and Traralgon. For trips beyond those stations you must purchase a ticket at the station.

Would you like a printed version of our map? Through our partners at redbubble.com you can buy our maps as posters, prints, ipad covers and even t-shirts. All works are professionally manufactured and home delivered to you.